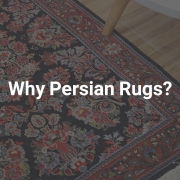 Understandably, a question that comes up a lot is why Persian rugs. Why do some cost more than others? What is the difference between the expensive choices and a Persian-style rug in IKEA? Is it a good investment? Is it worth buying a Persian rug? Where we can find genuine Persian carpets? Why Persian Rugs?

END_OF_DOCUMENT_TOKEN_TO_BE_REPLACED 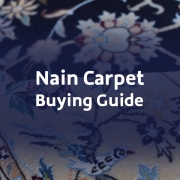 Na’in (also known as Naein and Naeen) is a town 150km to the east of Isfahan in central Iran (Map). It is relatively new to the carpet world compared to ancient weaving centers such as Kashan, Isfahan, and Yazd. Follow A Preliminary Guide Of Purchasing Persian Nain Rugs to have a satisfying purchase.

Although it started out producing Isfahan carpets, in the mid-1930s Nain began developing its own style. Because carpet weavers from Nain worked with thinner wools, they began to weave rugs of much higher quality. Very fine and precise designs were created due to the high quality of the workshops in the area. Actually weaving carpets, a fine art, began in Na’in about the time of World War II.